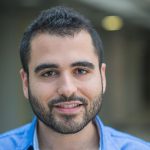 Kubernetes is a highly distributed, microservices oriented technology that allows devs to run code at scale. K8S revolutionized cloud infrastructure and made our lives a whole lot easier in many aspects. Developers don’t have to do anything but write code and wrap it in the docker container for K8S to handle. But even its greatest enthusiasts will admit debugging Kubernetes pods is still a pain.

In such a highly distributed system, reproducing the state of an error for simulating the exact situation you need to investigate is very difficult. In this post, I’m going to break down the existing approaches to troubleshooting and debugging Kubernetes applications, both looking at classic local debugging and the new methods of debugging remotely - directly in the cloud and in production - reviewing the pros and cons, and taking a glimpse at the future.

Every developer debugs locally as part of their development cycle. Local debugging is the good old legacy we all grew up on as developers. It’s a crucial part of the development process and we do it pretty much every day. However, when it comes to K8S and the complexities of microservices architecture it becomes immensely difficult.

Each microservice you have will both serve and use services by other microservices. To add a new microservice to this complex architecture you will have to simulate the entire infrastructure and all of the relevant components on your own machine. You’ll have to do the same to be able to debug it. There are currently four popular approaches for simulating the different microservices and all of their dependencies locally:

While you’re able to debug the microservices which are hosted by your cloud providers, K8S has its own orchestration mechanism and optimization methodologies. Those methodologies make K8S great, but they also make debugging such a pain. Accessing pods is a very unstable operation. If you want to SSH to try and run your debugging tools on your pod, K8S might actually kill it a second before you get the data you wanted. So what are your current options?

Rookout implements the fifth approach: adding logs/debug-snapshots at runtime and provides a solution for rapid debugging for dev, staging and production environments. It allows you to get the data you need from your Kubernetes application without writing more code, restarting and redeploying. And best of all, it works the same way for local, remote, and even production deployments.

It feels just like working with a regular debugger. You set a breakpoint and get data instantly, only it never stops your application, at any moment. Rookout collects the data and pipelines it on the fly while allowing the application to perform continuously. Today it supports Node.JS, JVM based languages (Java, Scala, Kotlin, etc.) and Python-based applications (2 and 3) both for PyPy and CPython interpreters, and will gradually cover everything (vote for your favorite).

As you can see in the video, I just discovered a bug in my K8S app.

Want to see how I fix it in just a couple of minutes? Register to check out the full video-guide to debugging K8S.

Zohar is Rookout's Solutions Manager, Before Rookout, he worked as a software developer for the IDF and as an engineer at TLV Partners Venture Capital. He is enthusiastic about serverless and cloud infrastructure technologies.